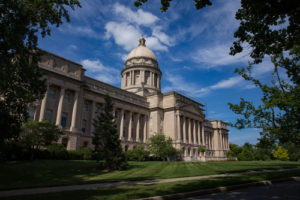 Because we know there have been some questions about what Senate Bill 5 does and because we know that some pharmacy groups have downplayed its importance, we wanted to send the attached document to each of you.

Senate Bill 5 would never have passed this session without the steadfast determination of our lobbyist Patrick Jennings.  Facing total failure in the House because of the Medicaid Department’s fiscal note and the CMS 340b issue with the hospitals and covered entities, Patrick and Senator Wise never gave up.  They crafted a compromise which was legislation that although did not have the term carve out, would eventually accomplish all we had envisioned in the beginning.

Lastly, each of you who have spent hundreds of hours making phone calls, send hundreds upon hundreds of e-mails, make dozens of trips to Frankfort, donated to the campaigns of those legislators who support independent pharmacy and basically did anything and everything for your fellow independent pharmacists, I salute you!!  Never in all my 47 years as a pharmacist have I seen such total devotion to each other’s plight.  We are no longer competitors.  We are friends and colleagues.  We are entrepreneurs who realized that if we didn’t help each other fight the PBM abuses we would all fail. 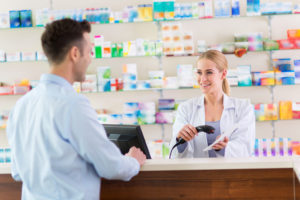 We are an alliance of pharmacy owners throughout the state of Kentucky creating a stronger voice and representation.